Young Matteo’s love of typography only intensified when he started receiving The Type Director’s Club (TCD) annuals filled with designs by Louise Fili, Paula Scher, Seymour Chwast, and Charles S. Anderson. He copied and cajoled their work, and knew the only chance he had to really break into design was to move to New York City, which he did in 1994. Shortly thereafter, he formed Mucca and he landed a big break, designing the brand for a new French brasserie, Balthazar, which quickly became famous for its delectable breads, pastries, and pommes frites. The design community also took notice of Matteo for his exquisite handling of the restaurant’s identity. The rest, as they say, is history.

Here we talk to Matteo about the power of type in design and the ways in which he pushes it. 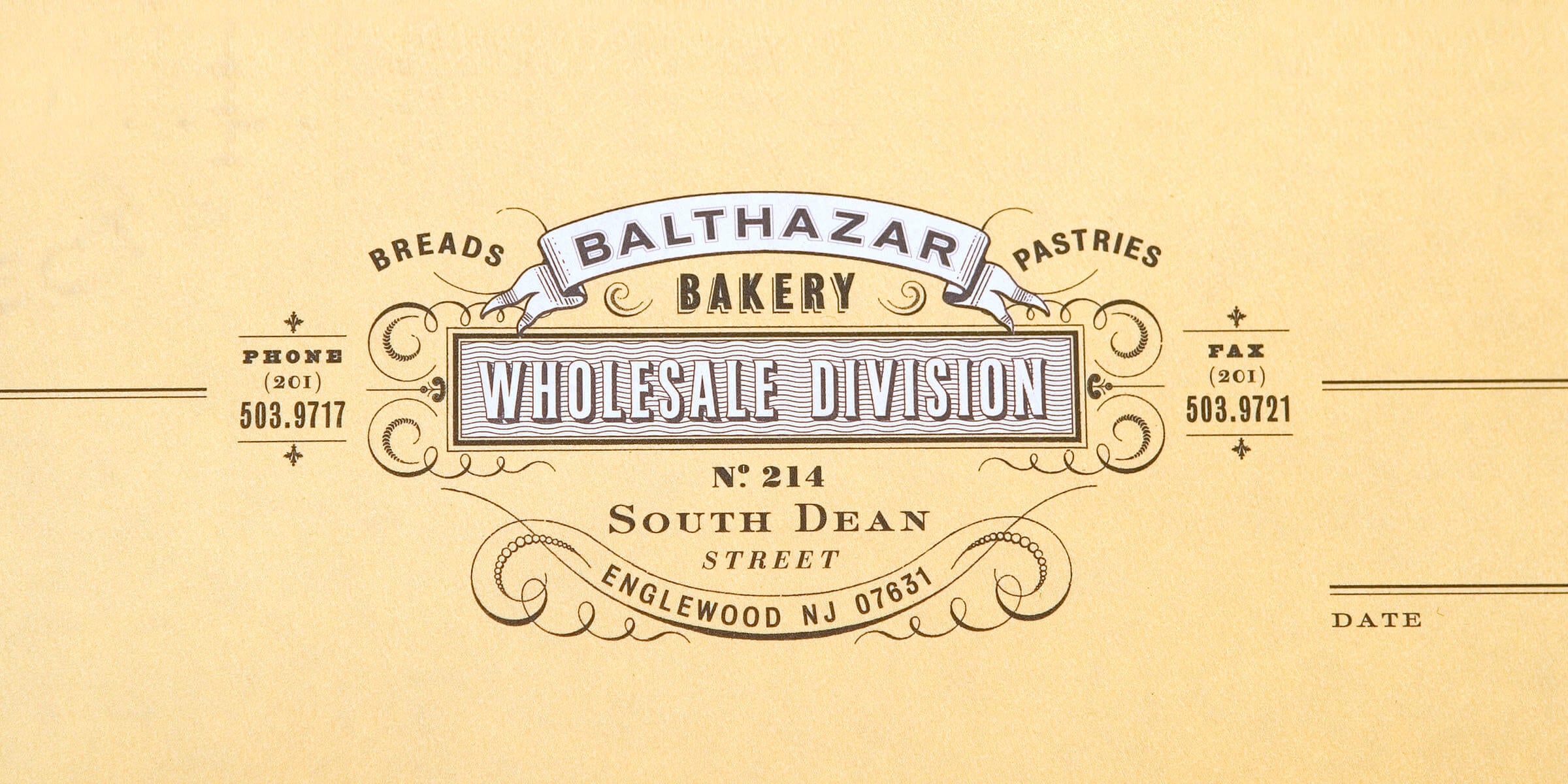 One of your first projects after coming to America from Italy, was designing the brand for Balthazar Bakery in New York. You ended up using more than 20 typefaces between the menus and branding. Isn’t that counter-intuitive to design?

For some strange reason it was deliberate. It was supposed to be a French Brasserie so I wanted to create the feel of Old World. I looked at design from French 19th century menus, and I discovered that they would always use a hodgepodge of different typefaces that had nothing to do with each other … and for a very good reason. In those days, they used ACTUAL moveable lead type. The design (a word that didn’t even exist then) was determined mostly by the tools at their disposal. Today, we can scale a font to whatever size we want with a mouse click. At that time, if a printer didn’t buy the right size of a certain typeface, he just used another one. Therefore, the design was often determined by the availability of the typefaces found in those drawers, rather than conscious aesthetic choices.

To fit that mood, I gave myself the rule of using digital type as if it was like lead type. No scaling and using each font at a limited number of sizes. This constraint allowed me to use tons of typefaces on the same page, which is heaven for a type nerd like me. And one more rule: I could only choose typefaces belonging to that era to maintain that authentic historical feel. 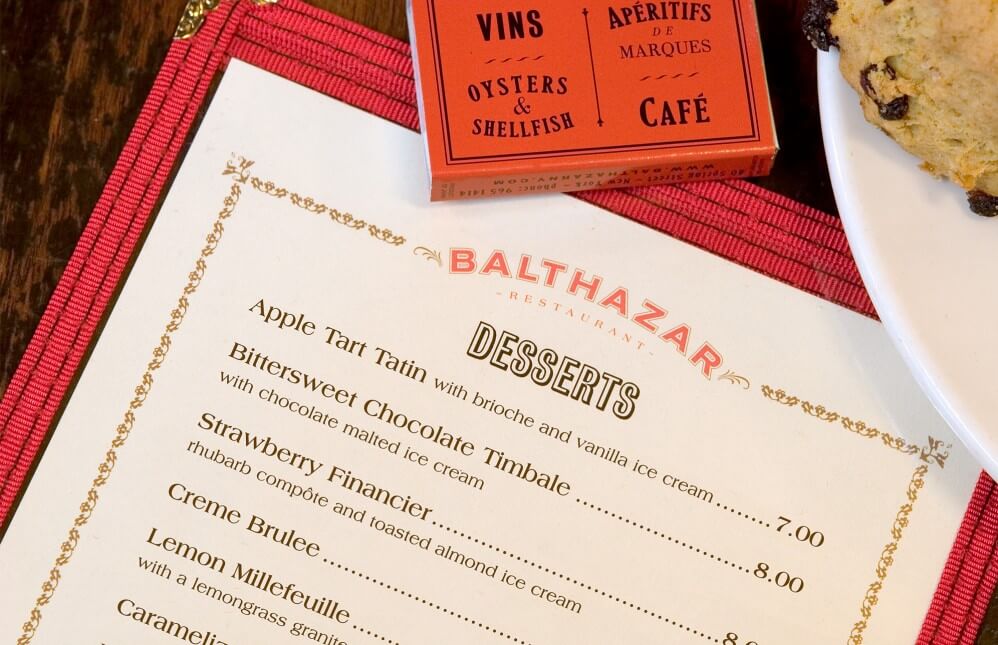 Of course two or three years later, I discovered that the design of the main font I used in the menus—those beautiful authentic looking Parisian nineteenth century bistro menus—was actually a typeface designed in 1965 called Americana in honor of the then upcoming U.S. Bicentennial by the American Richard Isbell.

You still tend to use several typefaces for clients, but the design ends up looking so sophisticated and crisp. How do you know it’s going to work and that it’s going to be so clean and readable?

It’s kind of a weird thing. When I grew up, I loved Erik Spiekermann and this German way of delivering information in a clear and concise way. The design was my inspiration, but at the same time Erik was always breaking the rules while bending the rules. We push it in a different way. I like to do something that in theory is wrong, according to the design books, but still works. Being aware of the power of the typefaces, their semantic power when you use a slab serif vs sans serif vs script. The shape of the letter gives a hidden message to the reader in the way those shapes have been proposed in our culture. If you see a script, it may make you think of a chalkboard; or if you see a fancy script it makes you think about lingerie—at least it does to me, but that’s another story.

It’s kind of like adding a layer of information to a communication that at the same time needs to be very clear. I don’t use a typeface just for the sake of it.

How did you and your team develop the look for the Chicago Athletic Association? Was there a lot of historic reference to draw on?

When we went there for the demolition, we saw these old stairway signs with horrible typography, but it fit so well with this old stodgy athletic association, that we actually developed it for a font with a lot of weights. It’s a 25 style type system—bold, condensed, light, expanded. So we started from something that is not really something that you should be starting from (we do stuff that doesn’t make any fucking sense), and built a really complex system that helps to inform the design of the hotel. It really belongs to the hotel. There’s always some link to the soul or bones of the project that we try to use. 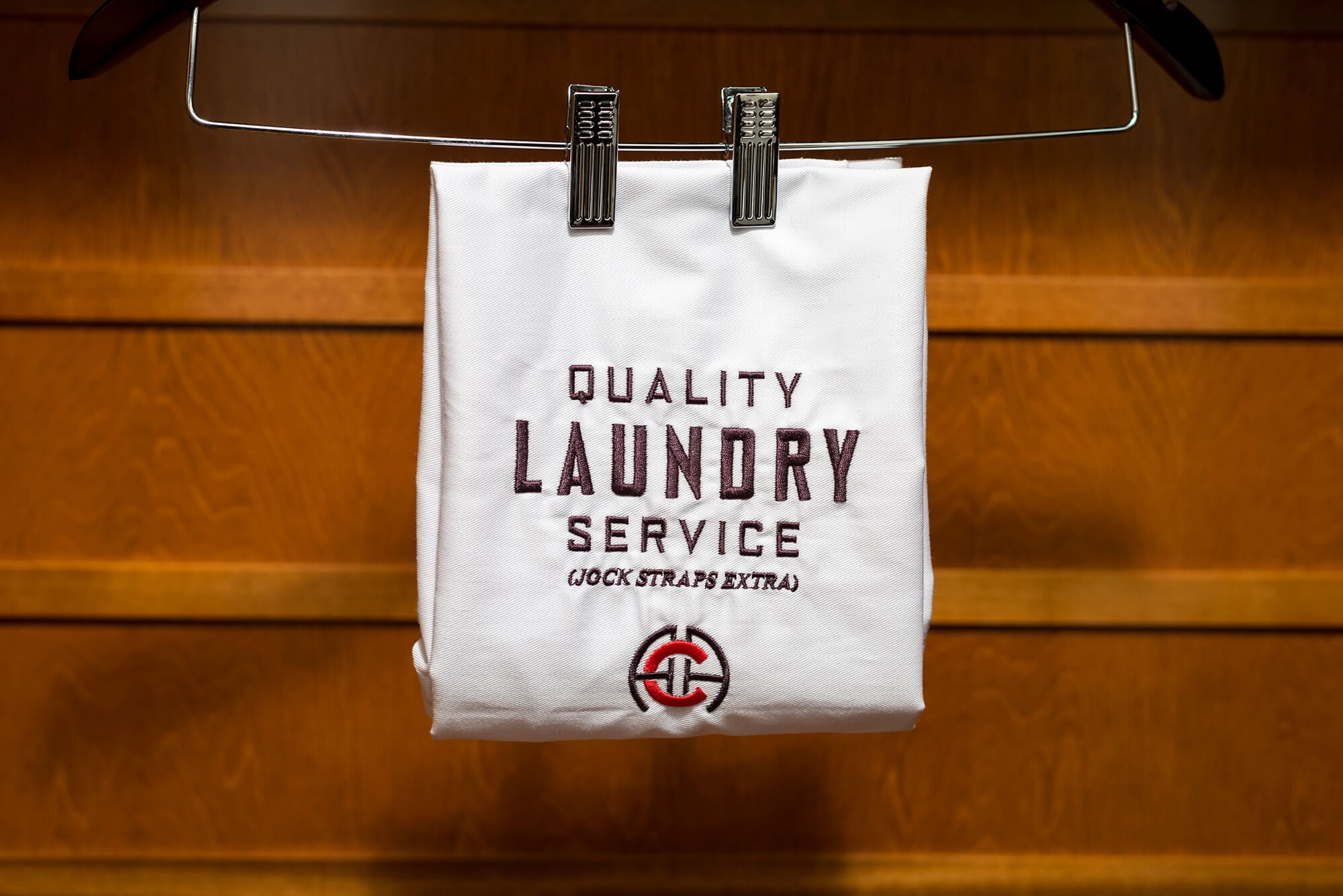 Did you design the CCA logo or was that it all along?

It’s a funny story, because the CAA was this place where all the important people have been going for a hundred years. One of the members was Mr. Wrigley, and he took the C and used it for the Chicago Cubs. So when we designed the logo, we tried to keep it close to the original, but at the same time we needed to make it different from the Cubs logo, so we created the CAA monogram. And it still feels old fashioned. So it’s an homage to a period from 100 years ago. The logo itself has two As with slanted stems, tipping inside on the top—this is in reference to the logotype that is carved into the façade. There are all these references to the story of this place. And we wanted to make it fun, so to tell the story we found a bunch of funny quotes that are integrated into the branding system. The brain and hands behind this project is Mucca’s design director, Andrea Brown.

Is it intimidating working on a project like this with such a rich history and historic relevance?

Actually those are the easiest ones because you don’t have to make anything up. Balthazar was totally fake. There was no history, so we had to create everything from scratch. 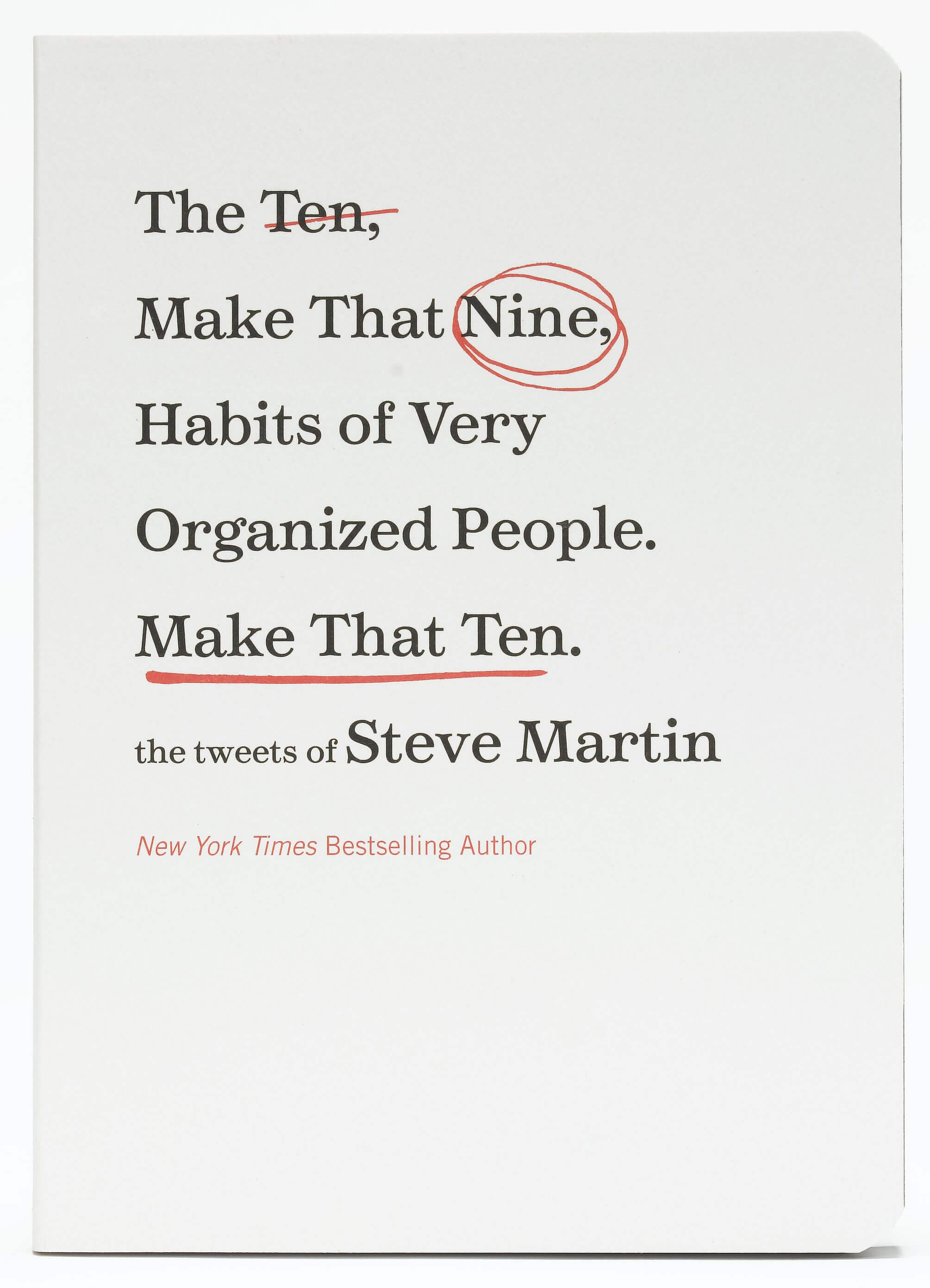 It was absurd and it was really perfect. Printing tweets doesn’t make any fucking sense, but at the same time when you see the way he wrote the tweets … They were in sequence, referencing previous tweets. It was like long-form writing in little snippets. We hired a fantastic illustrator, Serge Bloch, and his style was perfect for this book.

We ended up with a mostly typographic cover, so we used my typeface, Infidelity. 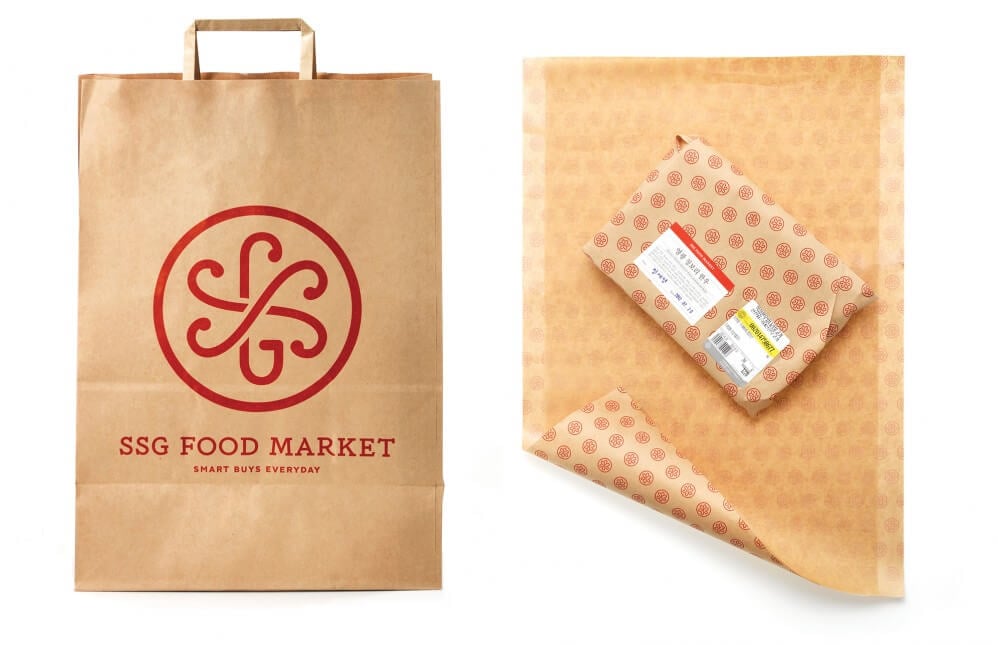 You recently branded two food stores for Shinsegae in Korea. How did that come about?

It’s a big Korean company—department stores, discount stores, and now groceries. One is SSG food market, which is a fancy version of Whole Foods, and the other food market is in the basement of their main department store in Seoul. They are really fantastic places, because they choose the best architects. It’s a very sophisticated company. They wanted high-end stuff. I don’t know why they hired us, but I’m glad they did.

They do stuff at a speed at which we cannot imagine. We were presenting PDFs on Friday morning, and the following Friday we would see prototypes made. It’s very interesting also, because we work with a culture I’m not very familiar with, and I love them.

Now we are designing a cosmetic store for them in Korea. We got the contract signed on Sept. 1 and the place is opening Dec. 14. It’s fantastic when a client moves that fast.

The decision gets made right away, and there’s no fucking around. 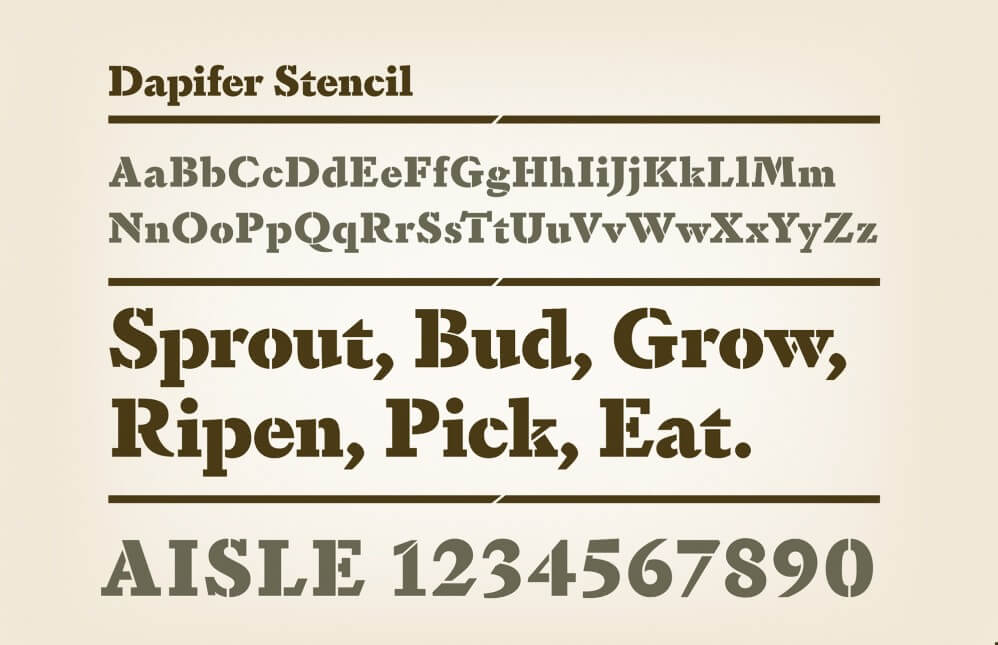 Mucca created this typeface for the SSG Food Market brand.

I heard that when you were asked by Steven Heller to contribute sketches to his book, Typography Sketchbooks, you made it all up. Is that true?

Yep, I made it up. If I do sketches, I usually discard them.

Do you ever sketch out your ideas or do you strictly design on the computer?

I loved to draw when I was young, but when I discovered the computer and the power of “undo,” I could not go back. I try to force myself to draw by hand, but I’m lazy and I go back to the computer.
But I recently read a book called Sprint by Jake Knapp, and I learned a really cool trick for client work, called Crazy 8, that I now use and it forces me to sketch. You take a letter-sized sheet of paper and fold it four times, so you end up with eight quadrants. In each quadrant you do a sketch, and it shouldn’t be a shitty sketch, something well thought out. It’s great. You are required to do eight sketches which makes you way more productive.

I’m always so busy, that the moment I sit with a sheet of paper, I make myself do it in 20 or 30 minutes. Amongst those eight sketches, I pick the best one, and they are pretty good to go in terms of concept. I’ll note which typeface to use, how the composition will work, etc., and then I’ll execute it on the computer.
When I design type I go directly to the computer, but when I do lettering, I have to sketch because with lettering, you start with the shape of the letters.

JJ Sedelmaier has been the co-creator and producer of some of the funniest animated...

As Senior Partner at one of the world’s leading branding agencies and current president...

Roger Black has been a trailblazer in publication design for five decades working for...